The SPI.R0 consortium, in which Belgian contractors Jan De Nul and Willemen Infra join forces, has been appointed as the bidder of preference for the large-scale refurbishment of the R0xA201 motorway interchange in Brussels. Within the project, we are responsible for the architectural design of all infrastructural structures, such as bridges and bicycle underpasses.

The project entails the transformation of the existing cloverleaf interchange of the Brussels ring road R0 and the A201 motorway connecting the city centre with Zaventem airport. The new interchange will be a single point interchange, which in Belgium is a relatively new type of interchange that requires significantly less space and improves traffic flow. The space that will become available, will be used to restore the nature of the underlying Woluwevalley. Public transport connections and bicycle and pedestrian routes will also be improved.

Apart from the contractors and ipv Delft, several other firms are involved, such as Bureau Bas Smets (landscape design), Infranea (road design) and structural engineers from both schlaich bergermann partner and SBE.

In order to create a uniform identity within the large amount of bridges and underpasses, the design team subdivided the designs into four different families of bridges: those situated in the Woluwevalley, those in the A201 motorway, those in the R0 ring road and the Single Point Interchange intself. Although each family will get their own characteristics, there will definitely be an overall design aesthetic too. This can be found mainly in the vertical lamellas, but also in colour scheme and minimalistic design.

A linear element of gold-coloured aluminum tubes accentuates the continuing lines of the single point interchange. The golden edge starts right at the motorway exits and continues along the overpass. Both height, heart-to-heart distance and the angle at which the tubes are placed varies along the route, subtly guiding motorists and their speed on the SPI. At the same time, the element is what really makes the interchange stand out.

The visual guidance of the vertical railings can also be seen within the different families of bridges. Wherever possible, the railings continue across the abutments or the retaining walls of underpasses. Each family has its own railing design. All bridges in the A201 will have tapered steel lamellas, allowing motorists maximum views across the surroundings. For the Woluwevalley, we chose timber lamellas that provide open views across the valley from a perpendicular viewpoint and form a closed surface when looking in the longitudinal direction. The R0 bridges that cross the Woluwevalley are designed to have a stone-filled parapet, referring to the valley’s mineral deposition.

Apart from bridges, new underpasses and weirs will be built in the area surrounding the new interchange. These will have the same design aesthetic as the bridges, with vertical lamellas and mainly natural materials. 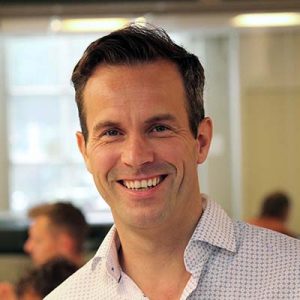