The Dutch city of Diemen is growing rapidly. In order for the network of bicycle routes to keep up with the city’s expansion, the city council asked us to perform a feasibility and design study. It’s main focus was on how to create a comfortable and direct bicycle connection between the existing Diemen Zuid train station and the new housing developments on the eastern side of town, such as Plantage de Sniep. Crossing the Weespertrekvaart, a main waterway, is a key element in the proposed connection.

During the feasibility study, the emphasis of our research was on finding the most suitable solutions for the new bicycle connection. Taking a closer look at what other actions this would require, such as bridges, bicycle paths and other measures, was also part of our scope. The presence of a large number of underground cables was soon found to complicate building a bridge across the Weespertrekvaart. As usual, we also took into account users comfort, spatial integration, safety and the ecological impact of the various options available.

The extensive study has lead to three proposed design options for the bicycle connection. For each option, we carefully estimated both total building costs as well as lifetime maintenance costs. We then compared the three designs on several other criteria. Basic visualisations of the three proposed options were included as well.

Two of the three design proposals contained a movable bridge across the Weespertrekvaart, an option that was thought to be impossible at first. Our study however showed potential. For cyclists a movable bridge is preferable, as they would not have to overcome a large height difference in order to cross the canal. 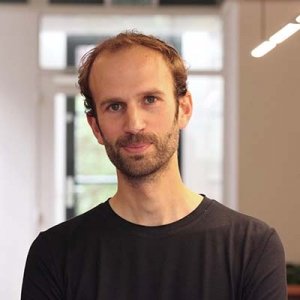