Back in 1885, a railway bridge roughly 900 meters in length was built across the Baardwijkse Overlaat, a flood plain for the Waal river. Over the years, as the railway itself lost its use, several parts of the bridge have been substituted by embankments. As part of a large-scale redevelopment of the area surrounding the former bridge, local authorities decided to turn what remains of the railway bridge into a recreational route for cyclists and pedestrians, emphasising the cultural heritage of both the railway bridge and the flood plain.

Currently, only three sections of the original bridge remain. There is a bicycle path across those bridges and the embankments, which is not wide enough to be qualified as a bicycle fastlane. The idea was therefore to create a new bicycle bridge alongside the existing railway bridge sections, allowing for a fastlane. The existing heritage bridges will be connected to the new bridge and offer a safe pedestrian route.

The original bridge was constructed with a possible future increase of traffic flow in mind. The pylons are wide enough to support the newly designed bridge.
The existing earthen embankment will largely be removed, laying bare the original foundations.

We’ve kept the design as transparent as possible, with a slender railing and steel grating along the edges of the bridge deck. This allows lots of daylight and water to reach the green areas underneath, ensuring optimal growth. 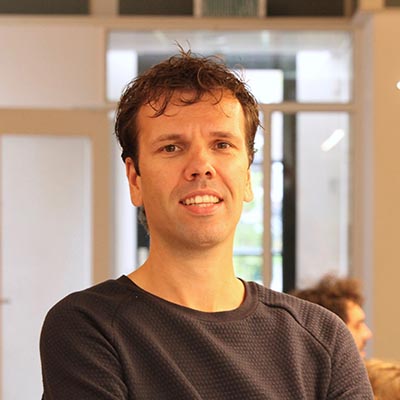