Eindhoven city council wanted to expand the existing highway overpass in the Anthony Fokkerweg to allow for an extra lane for motorized traffic plus an additional cycle lane. We convinced them to build a new bicycle and pedestrian bridge just 140 meters down the road from the existing overpass instead. This new free standing bicycle connection offered several advantages.

First of all, it increases road safety as cyclists can now cross both the A2 motorway and its exit and acces ways entirely grade-separated. Furthermore, the new bridge could be built alongside the motorway, near its final location, which meant very little hindrance and traffic disruption. Placing the bridge at a distance from the existing overpass also gives drivers clear views of the overpass, traffic signs and the exit and access ways. And last but not least, the slender arch bridge is yet another infrastructural icon for the city of Eindhoven.

As we did with the Nigtevecht bicycle bridge a few years ago, we chose the structural principle of the network arch bridge. Not just because it looks amazing, but also because of its structural efficiency and minimal use of steel. To optimize the design, we used parametric modeling. This allowed us to quickly assess different versions of the network arch.

The bridge spans both the A2 motorway, the local N2 road on either side and the access and exit ways. If any of the roads are to be altered or expanded at some point in the future, there is enough room left to do so, without having to alter the bridge. In other words, the design takes into account possible future expansions of the existing infrastructure.

All sections of the steel bridge structure were built in Belgium, then transported to a temporary building site right next to the A2 motorway. There, the bridge was welded together. Then the concrete deck was poured in situ and railings were installed as well as the handrail integrated lighting. Several temporary supports were added between bridge deck and the steel arch to ensure structural integrity during the erection. On the 29 of August 2020, the entire structure was then placed onto self propelled modular transporters and moved across the motorway into its final position. It took only 8 hours and one night of road closure. 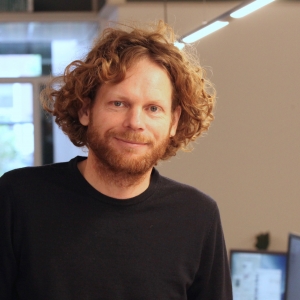