This relatively low cost concrete bridge marks the entrance to a newly built part of the city of Heerhugowaard, called Sun City (Stad van de Zon). The tailor made edge beams give the bridge its strong identity. At night, lighting emphasises the bridge’s outline. The available budget for this 44-metre long bridge was limited. Apart from the eye-catching edge beams, the bridge is therefore made out of standard size precast bridge beams. Its span was chosen in accordance with standard bridge beam sizes.

Furthermore, the bridge only spans part of the waterway, as an earthen embankment was erected to shorten the span. The costs of earthwork are much lower than those of a bridge, so this solution is part of the reason why this bridge was constructed within budget. The position of the bridge was carefully chosen, taking sight lines and overall appearance into account. This results in a good looking, well-balanced result.

The edge beams are made of self compacting concrete, also known as self consolidating concrete.

Ipv Delft wasn’t the first office to design a bridge for this particular location. Previously a different design office made a bridge design that eventually wasn’t built because it was too expensive.

In the end, the city council approached us, which resulted in this attractive and affordable bridge. 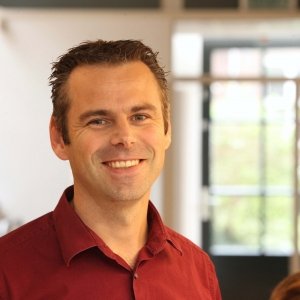